‘Push’ is an essential service in any eCommerce or information delivery site. Push notifications notify the user about any update as they happen, even if they are not actively using the mentioned app. If it’s your first time or have little experience, these android push notification tutorials can get you started in no time.

But the basic precursor is that you need to have a hands-on coding experience.

We’ve shortlisted some easy to go through Android push notification tutorials that add can help you.

Vogella is one of the most read tutorials online, Lars Vogel of Vogella covers almost every aspect of setting up a push notification. Generically known as Cloud to Device messaging, where the server connects with the device when a new notification arrives. Vogel runs you through, the importance of setting up a Push system Vs a pull system approach, the requirements of setting up a service,instructions on how to implement it, and how to get it up and running.

The tutorial has been detailed with code snippets throughout the Android push notification tutorial.

Learn Sauce is relatively a new entrant in the tutorials arena, but having said that they have a well documented tutorial right from scratch. The learn sauce Android push notification tutorial teaches you everything essential to integrate a Push notification in your App. Learn Sauce also gives you the full source code for a demo app that is fully functional to play around with. In fact most of Learn Sauce has a demo app that accompanies their eBook.

Their tutorials offer a complete dissection of the source code too, so it’s easier to learn the whole process step by step.

Plus, the first month of Learn Sauce is free and after that it’s only $9 / month. 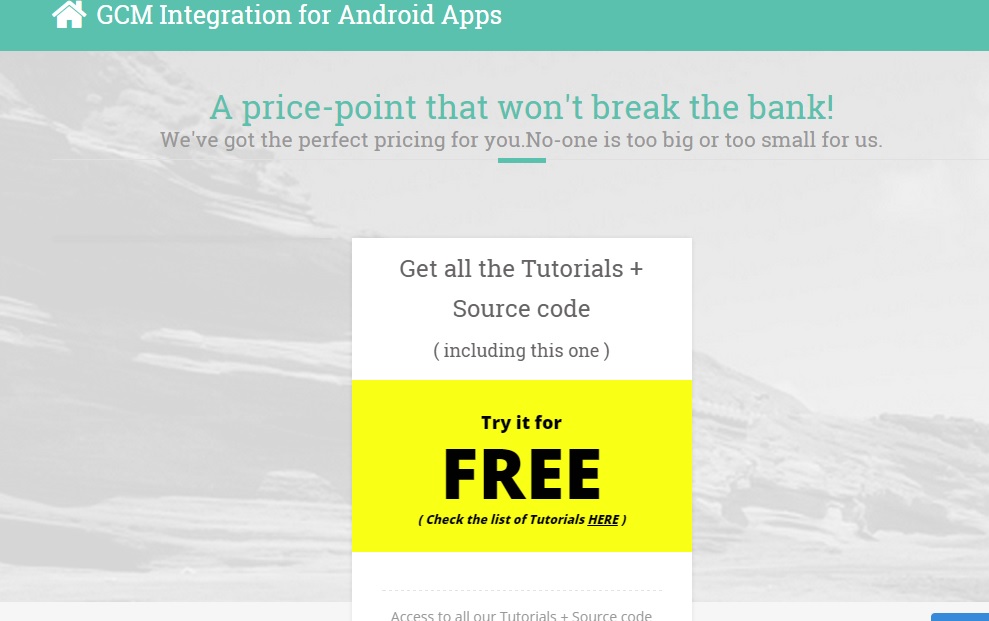 Parse.com is an API as a service  platform that enables you to build apps by providing SDKs and other tools to build and integrate their services into your app. Push notification service is one of their offerings. Parse has their own tutorial on how to integrate Parse’s push notification API in your app. The tutorial walks you through the basic integration process. It isn’t very extensive though. It has a demo file which you can download and learn with examples. Parse’s android push notification tutorial just outlines on how to use their own SDKs and push notifications API. Their service offering is Unlimited free for first 1 Million users per month. Isn’t that enough?

You can check Parse’s Tutorial here

Strong loop offers a four-part tutorial on setting up mobile back-end on a variety of services like Amazon and Google Cloud Messaging among other things. The part two details on how to use GCM to send push notifications to your device from the server. Strong loop SDK’s product LoopBack API is used for helping you integrate the service. LoopBack is a scalable solution that let’s you integrate the service faster and easier. You’ll need to download LoopBack SDK and Eclipse Development Tools to get started. It gives you a detailed step by step approach in learning how to integrate GCM in your mobile using LoopBack and it is well documented.

You can check StrongLoop’s tutorial here

TechLoveJump’s Android push notification tutorials have broken down their tutorial into easily understandable format and it’s toned down for beginners. If you’re looking out for some detailed tutorial right from registering and generating your device id till advanced implementations like implementing broadcast receiver and intent service to receive json other implementations, Tech Love Jump has explained their tutorials quite wonderfully. It even has other set of service integration tutorials that you might be interested in.

You can check TechLoveJump’s tutorial here 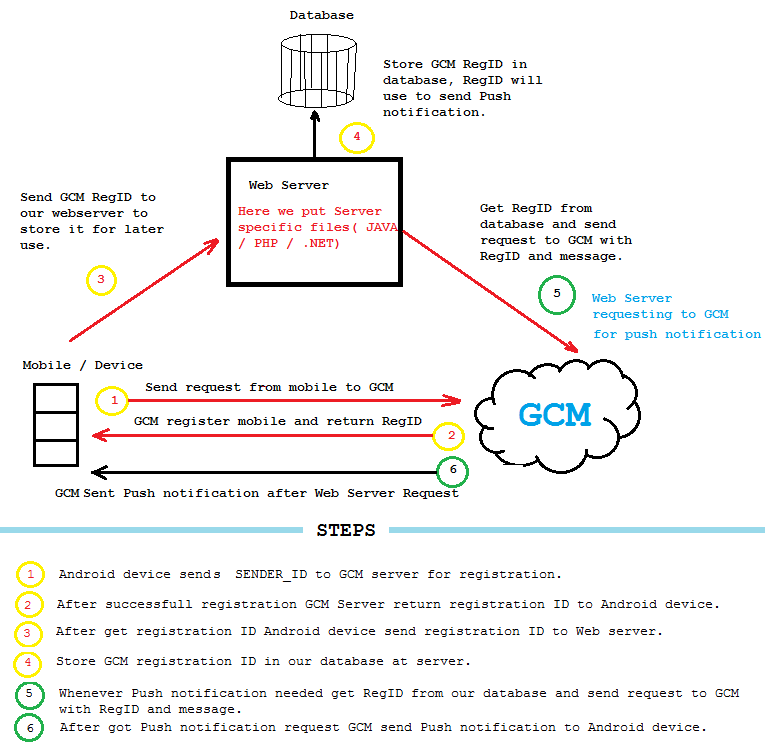 The reason I included android example’s tutorial was the fact that Android example’s android push notification tutorial has a step by step approach accompanied by appropriate screenshots and a basic video that explains some of the implementation steps. Also, it gives out a source code, but you’ll be required to register for that as well.

You can check their tutorial here

Written By
Matt Hendry
More from Matt Hendry
When you use your iPhone every day and when you depend on...
Read More