Elimi is a simple app where you can quickly meet new people by creating awesome tasks and games. Connect courage with creativity, decide who to chat and who to eliminate. Get ready to really impress others with your answers! “In Elimi,we believe that flirting is a game where looks and BRAINS matter.” says Adam Labedzki, founder and CEO. He adds, “Looks is great for impression and to grab your attention. That’s biology and user profiles are perfect for that. But we wanted to go further. We all know that the real foundation of human interactions and relations are brains. In Elimi you can discover others’ character and show off your inner self by playing our fast task based games.” 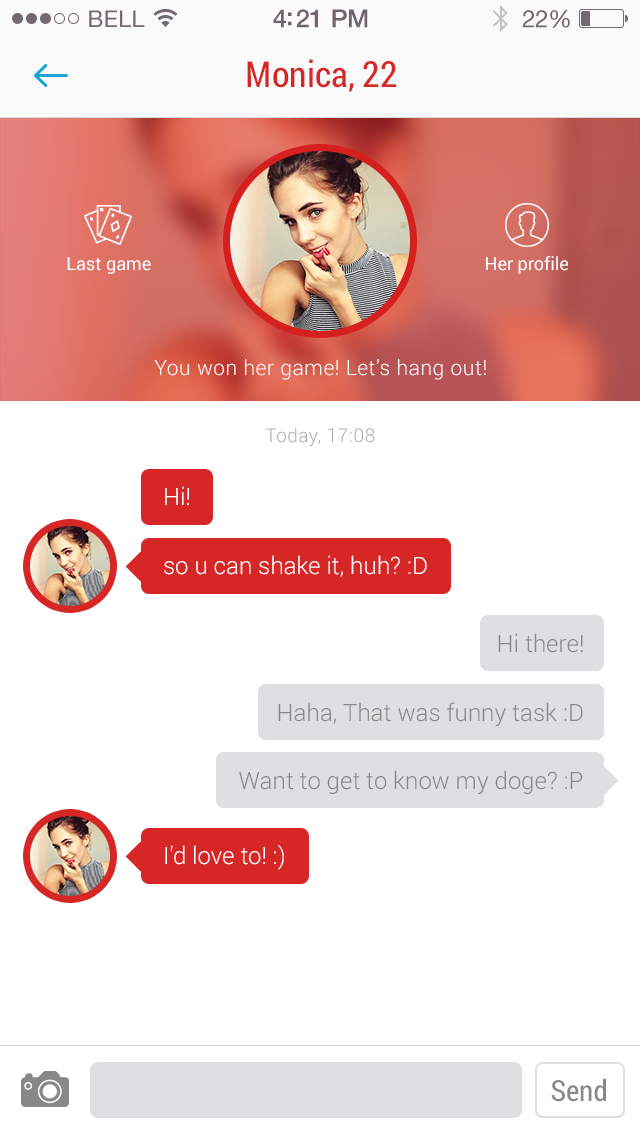 Adam, who always liked trying out new things and had even run a couple of small businesses earlier, convinced his friends that they would try executing a startup. They started a B2B project, but it went over their financial capabilities. Having used some of the online dating services in the past and having noticed some flaws in them, they incidentally took part in “Startup weekend” and there “the idea behind Elimi (back then called ElimiDate) was born. Although the existing services enabled people to meet others who were outside their friends’ circle, “in the end they were all about browsing outdated profiles and sending out tons of messages.” The idea that was born at the “Startup weekend” was to introduce some 2 sided hand-shake mechanism (back then Tinder was not public) and maybe use that ‘Blind date’ TV show formula, where 1 woman was testing out couple of guys and picking the best one. “Everyone,especially girls, loved the idea and we won that Startup Weekend. We felt that we are onto something and started to work on the idea.They we started building a team and the rest is history”. says Adam.

1) Users (especially girls)  are usually flooded with tons of messages and they get a lot of unwanted attention. In Elimi, you have to “win somebody’s game to send any messages to her/him.”

2) Some users (mostly guys) become invisible among many other often falsely attractive options as people “spend time on polishing their profiles and sending silly messages just to grab attention.” In Elimi, you can express your “real self” as you have to react to a task “right here, right now” within the given time limit, with the stuff that you’ve got around you and with your imagination.

3) Browsing trough profiles and sending out messages with “no opener to start chatting” is very boring. More often profiles are empty (look at Tinder). In Elimi, you can “have fun while creating games for other people and evaluating their answers or by answering to other games.” Tasks & answers from the games are often used as ice breakers in the chat that follows a game. 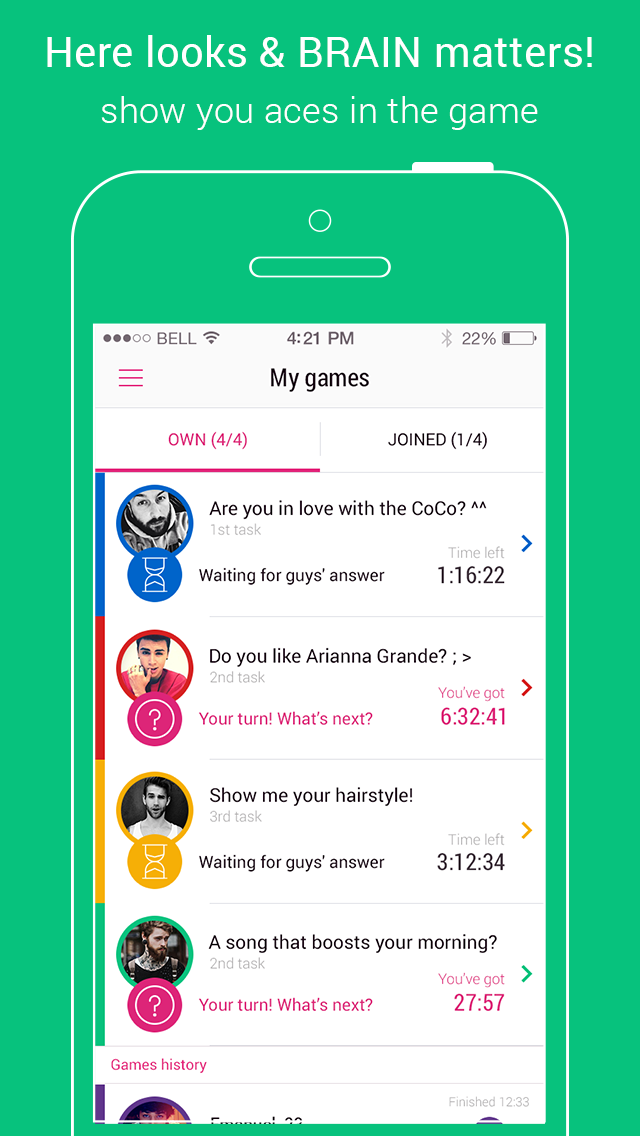 “The biggest hurdle was to build up a complementary team.” Adam tells us. “We were starting with literally nothing. Second biggest issue was securing an investment. Here in Poland it is super hard to receive funding for a B2C project that deliberately plans not to generate any income for the first 1 or 2 years and instead is focused on building up the potential and grow user base. Because of this it took us a year to build and test-out prototypes, build up the team and secure funding. But we’ve succeeded and since last year things are going smoother and smoother.”

Adam considers Tinder and Badoo as Elimi’s primary competitors, while  other competitors are Coffee Meets Bagel and Happn among others.  Adam believes that while each one of them has its own approach, the “looks and brains combination” which is Elimi’s core idea “will be a killer”!

“Dating apps and services are best when they are working on a global scale and that is our aim.” Adam tells us. Elimi is already in talks with a few major media groups from European region and the founders believe that strategic partnerships are very useful for consumer startups and “can act as rocket engines when leaving Earth atmosphere.”Adam also reveals that in the beginning of April, they are launching Elimi 2.0 that is based on all the feedback and discoveries from the first several weeks since their launching of Elimi at the end of last year.

Elimi is “for everybody who likes to have fun and flirt from time to time using their brains.” While the high school students form the biggest user-base, there is a noticeable group of users who are 25 to 30 years old too. Over 60% of users are from Poland, 25% of them are from the US, 5% are from the UK. There are users from  France, Spain, Mexico and Israel as well.

“We have ready schemes for B2C and B2B monetization.” Adam says. He explains, “B2C is mainly based on freemium and in-app purchases. Since launch we are observing our users and their requests. From that we have selected few most desired options. We want to start introducing them as in-app purchases around summer this year. There will also be a premium account option with monthly/yearly fee which will give you access to all paid features at once. For B2B we have 3 paths to follow. First is context ads serving. We’ve heard from ad networks that mechanics and flow of our games is a good fit for ads serving. We are considering introduction of ads in free accounts somewhere in the future. Second and third path are related to partnerships but right now I cannot share details publicly.”

Adam confidently assures potential investors that they know how to monetize it.”It is only a matter of testing available options on a bigger scale and selecting the best ones.” he says.

Please visit http://www.elimiapp.com/ to download the app right away!

Written By
Vineet Vinod
More from Vineet Vinod
Michael Partheil recently graduated with a degree in Mathematics. He says, “While writing...
Read More