Are you someone who wants to connect with your favourite brands? or, are you a brand who wants to engage influencers and brand advocates within any social channel while saving 70% of your budget? If yes, you should check out Buzzoole right away!

With Buzzoole, in a few really easy steps, a brand can create its own digital PR campaign. Through buzzoole, a company can engage influencers and brand advocates within any social channel saving 70% of its budget. All users who choose to join the campaign can publish an article on their blog or a post on a social profile giving their own personal feedback and thus increasing word of mouth about brand’s product. A company pays Buzzoole ONLY for every published post. Do visit https://brands.buzzoole.com/

Buzzoole is the first platform for IEO (Influence Engine Optimization), that helps users optimize their online presence and become influential in subjects which they have expertise on. Through Buzzoole’s platform, users can participate in campaigns offered by brands, publish posts and articles on selected products and receive discounts, special offers and Buzzoole credits (convertible into Amazon Gift Card) in return.

Buzzoole Finder is a powerful tool that quickly finds the most relevant group of influencers and resources in every category, using Buzzoole’s proprietary algorithm. The main aspect of Finder is that it allows brands and agencies to search for influencers by topic, location and skills-set among more than 2 billion online profiles, including Twitter and Facebook accounts, personal blogs and websites. Do visit https://finder.buzzoole.com/ 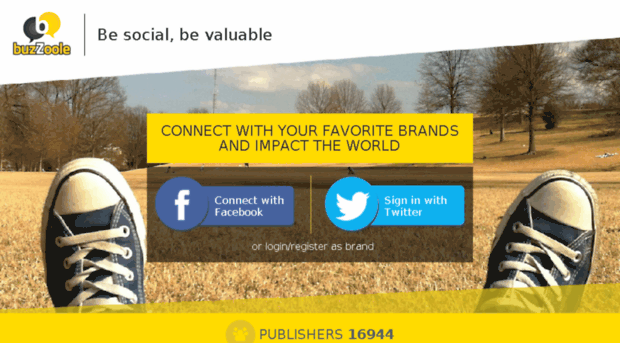 Buzzoole makes digital PR campaigns affordable for small and medium enterprisers with low budget. Buzzoole is a “unique product that has self-service model, targeting influencer technology and a friendly approach for agencies all together.” The union of these factors gives Buzzoole “a unique position to break into the market.” It aims at creating efficient buzz marketing campaign to be comparable with the traditional media performance and make buzz a recurrent investment.”

“Currently, we have 13 full-time employees and we all have the same enthusiasm about Buzzoole!” says Marta Zienkiewicz, Social Media Manager at Buzzoole s.r.l.

How it all started

Fabrizio Perrone had worked in the field of Digital PR and he thought that digital PR campaigns were too expensive. So, he along with with Gennaro Varriale, invented the platform Buzzoole “to make digital PR campaigns affordable also for small and medium enterprisers with low budget.”

Buzzoole’s target customers are “big and small brands that want to increase the “online buzz” around their product or their brand.” It plans to expand into the US and Europe markets soon.

On monetization plans, “We want to understand if our product could fit other markets.” says Marta, adding “We want to improve our business and learn more about how to do it and how to grow internationally. We would like to have an opportunity of getting direct access to world-class marketing, technology and payments expertise relevant to our business.”

Written By
Vineet Vinod
More from Vineet Vinod
As an indie musician/composer, Eelco Jellema knew “how difficult it can be to...
Read More