Let’s say that you are a B2B company in the webhosting niche. You want to sell your product and you adopt the strategy of contacting CEOs of the prospective clients via emails. Earlier, you could use a google spreadsheet that generated over 30 combinations of different email addresses and you had to copy-paste them into gmail one-by-one to see whether or not the rapportive would catch something for it. It was a long and terrible process. Well, you don’t have to go through that process anymore. Norbert, a tool founded by Antoine Minoux and Cyril Nicodème “helps growth hackers, marketers and the like to quickly identify a corporate email address pattern using only the employee name and the company domain.” 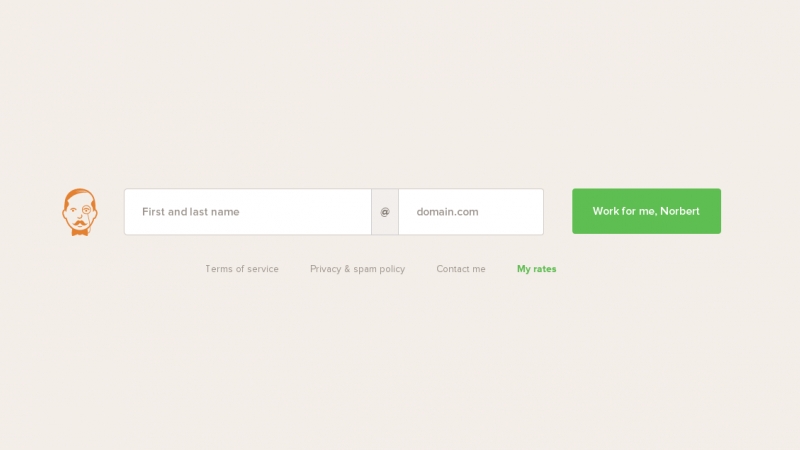 “It’s relatively easy to find employees’ information (on LinkedIn, angellist for example) but emails are most likely hidden.” says Antoine. That is why Norbert comes in handy. Antoine and Cyril, who is Antoine’s brother-in-law, had been freelancing for around 10 years. They started Norbert over a year ago. They usually like to “get together and develop something in 2-3 hours” and Norbert was not different. It was launched in a few hours! While Antoine is a UI/UX designer, Cyril developed the algorithm that Norbert makes use of.

Initially, Antoine and Cyril didn’t believe that Norbert could generate any revenue. This was the “biggest mistake”. A year later, when Norbert was featured on ProductHunt, it got “fantastic feedback”. “We are now monetizing Norbert with paid plans and pre-paid credits. We also have an API that allows third-party companies to user Norbert power. We grow our revenue each month by +15%.” says Antoine.

On the expansion plans, Antoine says, “We are preparing a V3 of Norbert. It will feature a “pro” interface for a small monthly fee that will allow unlimited search queries. We also have plans to automate as much as possible the whole process (invoice creation, mass search, etc) to pretty much let the app run on autopilot.”

Most of Norbert’s audiences come from the US. They are usually growth hackers working for startups in San Francisco or they could just be companies looking for a better tool for their email marketing strategy. “I think Norbert is the most robust solution out there” Antoine tells us. Although there are competitors that have come up recently, according to Antoine, Norbert is better both in terms of UI and result validation. Also, Norbert doesn’t save any of the email addresses. “We are not greedy marketers with an evil plan” says Antoine. The founders want to keep Norbert as simple as possible. They want users to find value in the service and the results have been “way better” than they expected.

Do visit https://www.voilanorbert.com/ for a hands-on experience of finding valid email addresses and for other information.