Demosend is the first music platform in the world which has “everything of the music business – from demo to royalties”. It allows artists and labels of all music genre to upload their tracks, exchange, sign, distribute and earn through their work throughout the global music market. Demosend has partnered with all the major online streaming and sales stores (over 150, including iTunes, Amazon, Spotify, Beatport, Deezer, Shazam, Google Play).

Demosend S.R.l was founded by Rossetti Luca and Ambrogetti Matteo in the year 2014 and on 19th December, 2014 demosend.com’s public beta test was launched. Luca and Matteo met at a university in 2011 and two years later, they started to work on Demosend together. “Luca had the main idea.” recalls Matteo. He adds, “He was active in music business both as a producer and a label owner. His idea was a site that would allow artists and labels to distribute, and so monetize, their work in a simple and fast way. Based on his first idea, we have developed the entire project together and after several changes we set the actual configuration of Demosend, that we will implement with new tools and apps.”

According to Matteo, the first problem that Demosend solves is the “problem of communication and exchange of demo between artists and labels.” Currently, there is no standard channel for the artists to send their demo to labels and due to this, many of them are not even listened to. The artists receive no response from the labels. By sending demo and interacting with the help of Demosend, both the artists and the labels will have significant advantages – The artists will be sure that their demo will be listened to by the labels and will be protected from download or theft, while the labels will finally have their standard channel to receive the demo and hence they need not waste time to search them on email or other communication channels. The second problem that Demosend offers to solve is the payment of royalties. Demosend receives royalties from the online stores and directly distributes them to artists and labels. This helps both the artists and the labels. The artists will receive their royalties without any hassles and labels will not lose time anymore in the reporting and payment of artists. In addition, both the artists and the labels can receive the payment of their accumulated royalties at any point of time and directly to their account. 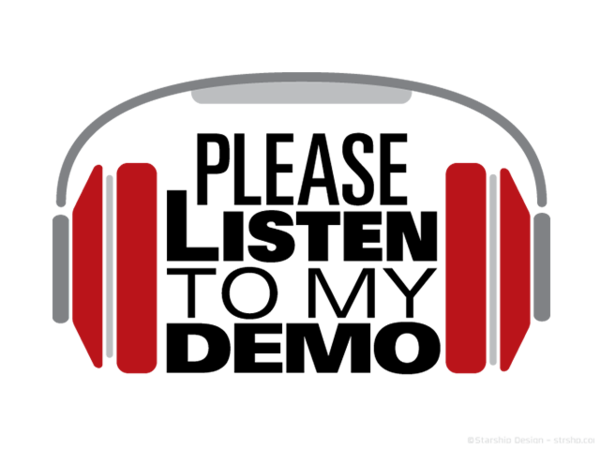 The biggest challenge for the founders was “explaining the project to the programmers and developers.” It took more than 6 months to describe the entire project and all the ideas they had. Other challenges have eventually emerged during the development of the project.

The competitors and the expansion plans

“Demosend musical flow and Demosend royalties payment is unique and there are no direct global competitors.” claims Matteo. On the expansion plans, he tells us, “In the next month, we plan to introduce many improvements and innovations on the site. The most important one will be the “Demosend distribution” and then we will add other essential innovations like multilingual site and mobile version. We will also consider the opinion and feedback of our users to move in the right direction when we introduce new innovations.”

The main source of income shall be the paid account feature that will be introduced in the next few months. To monetize even on free account, there is a plan to introduce “advertising and royalties percentage retain.” This plan is not applicable for paid accounts with a view to be different from other distribution sites which hold percentages up to 30% and other charges for the management of the label. When the paid account feature is introduced,  users who have already signed up to Demosend can get it free of cost for a few months. Also, Startup Dope readers can avail discount for the paid account.

Do visit http://www.demosend.com/ for more information.

Written By
Vineet Vinod
More from Vineet Vinod
We at StartupDope often ask a lot of business ventures, new and...
Read More